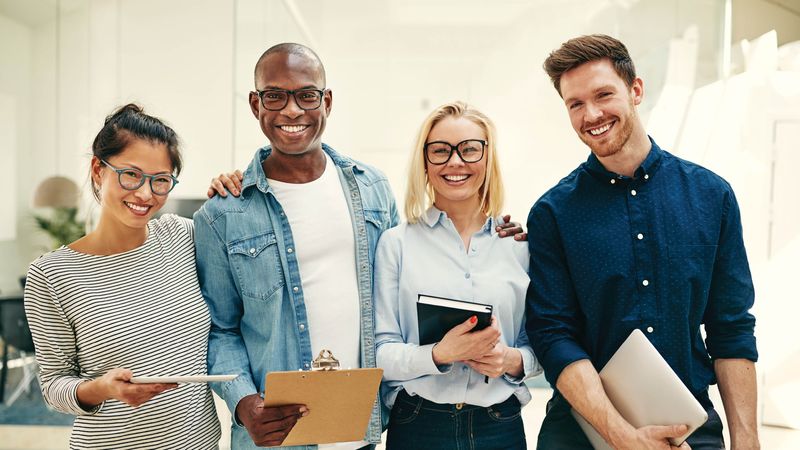 How To Minimize Unconscious Bias During Recruitment

Unconscious Bias, also called Implicit Bias, as a novel concept was first introduced in a paper of 2006, as “the new science of unconscious mental processes that has a substantial bearing on discrimination law”, and refuted the longstanding belief that humans are guided solely by explicit beliefs and by their conscious intentions. We receive 11 million bits of information every second. We can only consciously process 40 bits, and so more than 99.99% information is processed at the unconscious level.

Unconscious Bias can play a huge role in hiring and recruitment. Even if our mind frames a bias positively, it can still lead to unfair favoring. For example, if you prefer a candidate who went to a certain University because you associate it with intelligence, it is still a harmful unconscious bias, because that creates a halo effect. A halo effect is one where one positive trait can affect our overall perception of a person. A background of higher education does not automatically mean they are more intelligent than other candidates.

First impressions and gut feelings count for so much during interviews. But preventing unconscious bias is vital, as it can lead to unfair, inaccurate judgments, overlooked talent, or at worst discrimination. You might have subconscious or stereotypical views of what a successful person looks like, which can affect how you compare and contrast different candidates rather than assessing each on their own individual merit. Enthusiasm can be seen as an indicator of qualification and suitability of the job. The person most able to be outgoing and promote themselves might not necessarily be best for the job.

In an interview setting, conformity bias can come into play as people might be swayed by a common view of the group. We all carry affinity bias, where you unconsciously prefer people who share qualities with you or someone you like. It occurs because your brain sees them as familiar and relatable, and we all want to be around people we can relate to. Gender Bias is something that plays a huge role in creating a gender divide at the hiring stage. Stereotypical views of gender, such as men are better with numbers or better at physically demanding jobs, or that women are not as serious about their careers can affect the selection of women candidates. We might also relate more to our own gender. We might also carry biases against certain hairstyles, tattoos, and piercings, and consider them unprofessional.

How can we make sure that we are aware of such biases and minimize them during recruitment and hiring?

Write an inclusive job description: language matters. Use gender-neutral descriptions and avoid gender-coded words.  Research has also shown that women are less like to apply for jobs that have a very long list of ’desirable’ qualities, as they do not wish to waste the employer’s time if they are not perfectly suited to the role. Women are also less likely to shout about their achievements, and to negotiate salaries. To avoid gender bias, name and gender blind reviewing of resumes has shown to be most effective. Researchers from Harvard and Princeton found that blind auditions increased the likelihood that female musicians would be hired by an orchestra by 25 to 46 percent.

It is important to write down your initial impressions of each candidate and then evaluate and assess your own biases, and then reconfigure your impressions. For instance, do you assume that men are more capable? Do you assume that an extrovert is more efficient and knowledgeable? Does a particular regional background or accent create an implicit bias (positive or negative)? Do you think attractive people are more likable, and better at their jobs? Evaluate each candidate on their own individual merit and suitability to the job, trying to avoid comparing and contrasting different candidates.

Research has shown that minority groups and marginalized sections of the society are at a disadvantage when hiring is done on the basis of “best fit” to company culture. This results in the same kind of people being appointed and is a huge setback in creating a truly diverse and inclusive workplace. To make sure that affinity and confirmation bias does not come into play, it is important to have a diverse hiring committee and bring diverse views in the recruitment process. A collaborative hiring process helps people to check their biases and uncover blind spots.

Overall, it is important to set concrete criteria for the job.  Structured task-based job interviews that are more easily measurable and standardized interview templates help to ensure that the assessment is as objective as possible and that each candidate is assessed based on the same yardstick.

Overcoming unconscious biases starts with recognizing that everyone carries biases. Taking time with decisions, and seeing each candidate as an individual is one step forward in minimizing these biases during the recruitment process and creating a truly diverse and inclusive workforce.