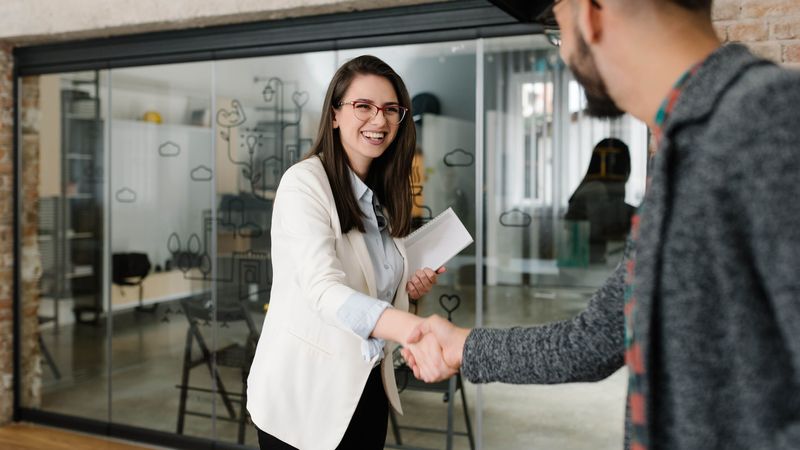 How To ‘Disconnect To Connect’ And Boost B2B Tech Sales

In our personal lives as digital consumers, we’ve become obsessed with our multiple screens and a dizzying array of online and social channels that many have labeled “addictive.” When I’m walking down city streets or taking public transport, I sometimes think of Sci-Fi movies like “The Terminator” series and wonder if technically advanced maleficent machines have won. I see people nearly collide head-on or never look up from their screens during morning commutes.

Needless to say, we as a culture are not always living in the moment due to technology. A majority of U.S. teens and 36% of parents of teens now think they spend too much time on smartphones, according to Pew Research Center data. Parents expressed concerns about their kids and themselves in terms of being distracted while having in-person conversations or losing focus at school or at work because they’re constantly checking their smartphones.

Similar to the benefits we get from trends like digital detox weekends or groups of friends who don’t allow smartphones at dinner, I believe it’s critical to “disconnect to connect” for business.

Especially when it comes to large-ticket-item sales, whether those are enterprise software subscriptions, banks of server farms or hiring global call-center operators, I’ve found that there’s no more effective way to build deeper relationships than face-to-face meetings where you’re interacting directly as humans with no technological interference. As the co-founder and president of a meeting automation platform, I believe what differentiates business to business (B2B) tech companies and boosts sales is emotional connections to humans through shared experiences. It’s that human connection that builds trust, and it is likely far easier to cancel a large software subscription or switch to another tech vendor if you don’t have that trust built-in over time.

1. Video conferencing is no substitute for face-to-face meetings in sales.

While there have been great advances in video-conference technologies, that option isn’t always a substitute for meeting together face-to-face. There’s something that can feel really awkward about these meetings that connect people together remotely, whether you’re watching small, split screens with choppy video and audio that cuts in and out – or you’re all participating from afar in large conference rooms around the world and are connected together by massive HD video displays.

Meeting face-to-face still trumps videoconferencing, according to an article by Rob Enderle of the Enderle Group. He says: “Even though technical issues of cost, performance and connectivity have been solved, social issues remain …. Side meetings, individual breakouts and even social interaction after meetings are not addressed by current video conferencing solutions.”

Even with the significant advances and popularity of new technologies ranging from Zoom video to VR displays, internet services aren’t always the same as a meeting “in real life,” especially in sales. As humans, I believe we want and crave direct interaction with people in certain situations, especially if we’re making large, multi-million-dollar purchase commitments. Customers can benefit from putting a name to a face, getting a sense of what customer service might be like and deciding if these are the people they’d trust if something goes wrong. When you’re onboarding new customers, face-to-face meetings are generally critical early on. For more routine service calls or employee training sessions, video conferencing will suffice later on.

2. Handshakes and genuine attempts to connect go a long way.

Neuroscience studies, like one completed in 2012, reveal the power of handshakes — especially for those who avoid a bad handshake style, such as the “awkward turtle, the lumberjack, the turkey, [or] the lobster claw,” per the HubSpot careers blog.

I find it’s best to offer a handshake that’s not too firm or limp, but even more importantly, to do your homework before meeting an important prospect to find out where they’re from, where they went to school, what they enjoy doing outside of work and whether they have causes that move them. You can easily find this information online today, and it’s a great way to open a conversation, build trust and show that you care. Also, it really helps to be genuinely curious about the people you’re meeting with and their business with the objective of learning something new. With this mindset, you’re much more likely to convey the fact that you’re engaged and invested in the relationship.

It’s hard to beat the power of face-to-face meetings; some of our human cues, such as our tone of voice, can convey a lot of information. Frequently with emails you’re flying blind, and this text-based communication can lead to a lot of misinterpretations and problems. If an email ends with “Thoughts?” I believe it’s a sure sign you should collaborate live instead of pursuing back-and-forth emails that can lead to confusion, apprehension and mixups.

I highly recommend live, spoken conversations if you anticipate a lot of questions. With a phone call (similarly to face-to-face meetings), participants have the opportunity to delve deeper, ask more clarifying points and narrow down a consensus and course of action far more quickly. This ensures that everyone is engaged in the discussion at the same time and that they can convey all current information at once.

Another example of when to hop on the phone is when something’s really urgent. When you’re under pressure to deliver by a deadline, there’s a big sense of relief when you know everyone gets it and your team is working to get it done. When you’re not in the same place to deal with an urgent matter, a phone call can be much better than an email to get everyone in alignment and moving in the same direction.

Following these three lessons will help you disconnect to connect, use the power of the spoken word and non-verbal communication, and ultimately help your business thrive.

Article written by Al Torres and originally published on Forbes.com