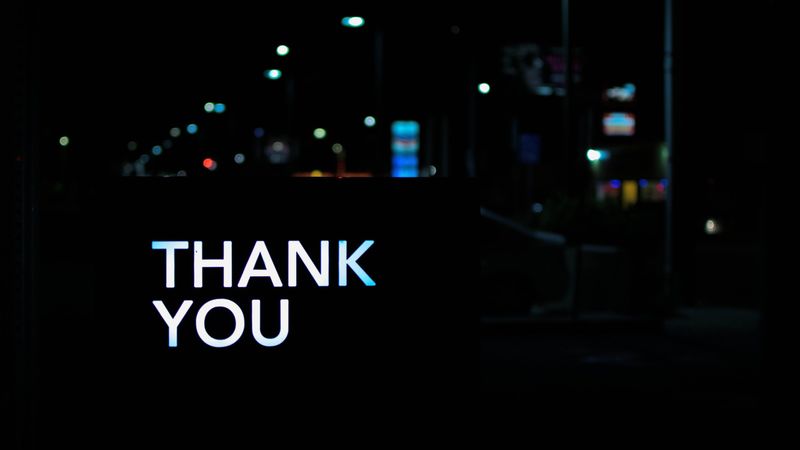 How Important Is It To Send A ‘Thank You’ After A Job Interview?

It’s one of those small but by no means unimportant links in the job-search chain: sending the post-interview thank you. The question is: Is this a nicety or an essential?

As a longtime manager who hired many people over the decades, this is something I’ve thought about a fair amount, but never too hard or systematically. Which is why I was interested last night to come across a LinkedIn post that took a very strong point of view on the topic.

The piece was written by Jessica Liebman, executive managing editor at Business Insider. Her POV was simple and contained in the article’s title: I’ve been hiring people for 10 years, and I still swear by a simple rule: If someone doesn’t send a thank-you email, don’t hire them.

Liebman’s reasoning was clear and logical. “It signals that the person wants the job,” she wrote, “or rather, no thank-you email signals the person probably doesn’t want the job. The handful of times we’ve moved forward with a candidate despite not receiving a thank you, we’ve been ghosted, or the offer we make is ultimately rejected. A few times, the offer is accepted, but the person pulls out before their start date or leaves after a few months.”

Second, she noted, though a thank-you email by no means guarantees strong performance in a role, it does offer additional data. “The candidate is eager, organized, and well mannered enough to send the note,” Liebman wrote. Plus, she added, it gives useful information about how someone may fit in. “At Insider Inc., we look to hire ‘good eggs,'”she stated. “The thank-you email is a mark for the good-egg column.”

Though I had never put it exactly in those terms, I 100% understood what Liebman meant about “good eggs.” I worked for many years in a culture that valued collaboration above innovation, and I always hired for cultural fit as well as pure technical ability. Lack of either component was for me a knockout.

Well worth the time

I hired people for a Fortune 500 company for 24 years and a reasonable amount of it pre-dated the advent of email, so I’m a bit more old school and dinosaurish and forgiving of a handwritten note than is Ms. Liebman (who strongly advises against using snail mail). I’d be glad to take one of those too; a thoughtful note on a tasteful well-chosen card is absolutely fine by me.

But in all other aspects I’d have to say I like her thinking (and not just because our last names sound quite similar). I consider the follow-up thank you a measure of detail and thoughtfulness. It’s just a plain old commonsense smart thing to do.

An email thank you probably only takes, say, 10 to 20 minutes. So do it well and carefully. This means don’t casually rush it off just to get it done, but (though still keeping it short) take the time to include a personal observation or two about the interview or the organization. With no misspellings of names, and no typos.

It’s worth that small investment of time. It may well be the last impression you make before being offered a job (or not). So take the time and do it right.

Article written by Victor Lipman and originally published on forbes.com