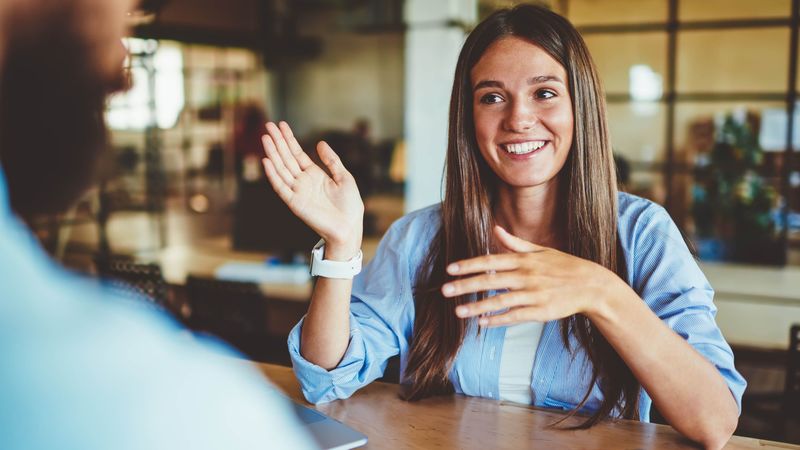 5 Easy Steps to Answer “What Motivates You?” in an Interview

Skills and experience are great. You’ll need them to impress that recruiter and the hiring manager and everyone you meet with when you’re interviewing for a new job. But they’re not enough. You also have to have the drive to put those skills to use and draw on your experiences so that your prospective employer actually benefits from them.

When someone asks “What motivates you?” in an interview, they’re not just looking for another arbitrary tidbit of information about you. They’re also trying to figure out whether you’d care about what you’d be doing and bring the full weight of your abilities to bear in this particular role at this particular company. In other words, they want to know if you’ll be an engaged, happy, and productive worker inspired to do your very best in that environment.

“What they’re ultimately looking for is, does this person in some way align with the things that we believe in here, with the values we have here, with the mission we have in the company?” says Rajiv Nathan, a Muse career coach and founder and CEO of Startup Hypeman. “Because you could have someone with a really good resume, but if you ask them what motivates them and their answer has zero alignment with the company, they’re going to get a feeling [that] it’s a bad fit.”

“What motivates you?” may sound like an intimidating existential question, but answering it in an interview is actually pretty straightforward if you follow these five steps.

1. Reflect on Your Past Experiences

2. Make Sure Your Motivation’s Relevant and Aligned With the Role and Company

4. Stand Out With a Story

5. Put It All Together

1. Reflect on Your Past Experiences

“Think about what you’re passionate about,” says Jennifer Sukola, a Muse career coach and human resources professional. “What is it that you find most gratifying in your work?” If you can pinpoint those things, she explains, you have the basis of your answer.

Take some time to mull over—and maybe even write out in a list—the aspects of previous jobs that excited and energized you most, the ones you always wanted to do more of or wished were your entire job. Perhaps it was being an active member of a team and contributing to a big project or spearheading a brand new initiative. Or maybe it was speaking to customers and making them feel heard. Or it might have been seeing your sales numbers go up and your name climb the leaderboard. Maybe it wasn’t something in your day-to-day responsibilities at all, but something about the mission of the company or who it served.

“It’s definitely worth doing some self-reflection on, even if it’s not for an interview,” says Tara Goodfellow, a Muse career coach and owner of Athena Consultants, Inc.

2. Make Sure Your Motivation’s Relevant and Aligned With the Role and Company

It almost goes without saying that one person could be motivated by many things, depending on the context. This isn’t the time to expound on your deep love of ice cream and dogs and wax poetic about how you’d cross oceans and climb mountains to eat a cone or pet a pup—unless of course the job is ice cream taster or dog walker.

When you’re answering the interview question pick one career-focused idea that’s relevant to the role and company you’re applying for. “If it’s a small startup and growing company and you are motivated by learning new things and being challenged, that’s a great answer because that’s going to be the environment you’re in,” Goodfellow says.

On the other hand, “if you’re going to be doing accounting analysis all day and state that you thrive by wearing many hats throughout the day and learning new things, then as an interviewer, I’d want to explore that further because it’s not necessarily going to be the case.” In short, it all depends on the context.

Sukola says you can use the job description itself to help you prepare an answer. “Make a list of things before the interview of what you would be doing for this job and what’s gratifying for you out of those,” she says. Pick out the aspects of the job that make your eyes open wide and get you excited just thinking about the possibility of landing the role. “Then you can tie it back to what motivates you.”

For example, suppose you’re looking at a job description for a business intelligence analyst role. You don’t mind pulling data and crunching numbers, but what really catches your eye is that a major part of the job would require talking to colleagues across the company to understand their needs and help them translate those into data requests and then working collaboratively and creatively to present what they’re looking for in a format they can comprehend.

When you’re constructing your answer, you can connect your motivation explicitly to the role you’re interviewing for, saying something like, “And that’s one of the things that excites me about this job, where I could channel that motivation to play a part in cross-functional collaboration that will make everyone feel they can understand and make use of the data we’re collecting without being daunted by it.”

Don’t get so carried away tailoring a perfect response based on the role and the company that you lose what actually motivates you in the process. “It’s a good way to screen yourself…like is this even the role that makes sense for you as a candidate?” says Nathan.

“If it doesn’t feel like an honest statement to you, it won’t for the listener,” Nathan warns. So as you ponder and plan your answer, be wary of one that you think sounds good but isn’t authentic. “If it doesn’t really speak to you, it’s going to be received as very phony.”

The danger isn’t just that your nicely packaged but misleading answer will cost you the job. Perhaps even worse, if your response does somehow pass muster, you might actually get the job—only to be miserable later because the day-to-day work and incentives don’t resonate with you.

“It’s really helpful while you’re being interviewed also to think, ‘Okay, is this going to get me energized and engaged at least 80% of the week to jump up and go to work?’” Goodfellow says. While no job is perfect 100% of the time, “you’re spending so many hours a week there, you might as well be engaged and energized at least most of the time.”

4. Stand Out With a Story

The key to an effective answer that won’t sound like every other answer the interviewer is hearing is to be specific and illustrate your response with an example. Stories are memorable and persuasive, so use one to your advantage.

“The example doesn’t have to be, ‘I increased the revenue 20% or saved the company $2 million,’” says Goodfellow. “I think a lot of people avoid giving examples because of that. It’s like, ‘Well, I haven’t really done anything that amazing.’ But that’s not the case.” If you haven’t fought off villains wearing a cape and saved the world from certain destruction, that’s okay. Your story doesn’t have to be fit for a superhero blockbuster, it just has to demonstrate that you’d be a great hire for this role.

Go back to one of those experiences you reflected on that gave you a boost of energy and made you feel excited to be doing your job, and tell that story briefly as part of your answer.

5. Put It All Together

Now that you have a better understanding of the reasons interviewers are asking this question and the general strategy for answering it, you can compose a brief but memorable response. Here are a few examples of what that could look like:

“I’m driven primarily by my desire to learn new things—big or small—and take on new responsibilities so that I’m constantly growing as an employee and contributing more to my team and organization. I spent several summers working as a camp counselor and felt most fulfilled when I volunteered to lead planning for a talent show, jumped in to help with scheduling logistics, and learned how to run pickups efficiently. All of that experience helped immensely when I took a step up to become the lead counselor last year focused on operations, and that’s what excites me so much about the opportunity to take on this managerial role for the after-school program.”

“I believe that even the smallest details can make a big difference, especially to a busy executive. Luckily, I genuinely love to exhaustively review, check, confirm, and anticipate to ensure nothing slips through the cracks. In a past job, I was in charge of travel arrangements. It became a kind of running joke that I’d always think seven steps ahead and very nearly predict the future—calling the hotel to check which rooms were quietest, arranging for tea with honey and lozenges to be waiting if someone was exhausted and losing their voice before a speaking engagement, and making sure there were extra copies of speeches printed in large font tucked in bags and waiting at the venue. It always energized me to know I’d thought of everything, and that same motivation would allow me to support the C-suite here as an executive assistant.”

“I thrive on hitting and exceeding goals and on friendly competition. I’m the kind of person who looks for spinning classes with leaderboards and joins three different step challenges simultaneously. In my last sales job, we had a screen that showed real-time updates and listed team members based on progress toward quarterly goals. Not only did I not rest until I’d reached at least 100% of my goal, but I also always got an extra burst of motivation if I wasn’t in one of the top spots. One quarter, I started out lower on the list than usual, but it only made me work harder than I ever had—taking extra calls and meetings and spending long hours understanding prospective clients’ needs to tailor my pitches. I ended up 108% to goal and second on the team. The friendly competition you described fostering on the sales team here would motivate me to succeed in the same way.”

“I love talking to people. And I find it incredibly gratifying to make sure they feel heard and their problems are resolved. When I was working in retail, I thrived out on the floor. I remember one woman who came in looking for a dress for her son’s college graduation. He was the first in the family to attend college and the occasion meant a lot to her. I spent almost an hour with her on and off, listening, helping find options, and checking in. She came back three days before the event, worked up because the zipper had broken. We’d sold out of her size, but I calmed her down and reassured her we’d find a solution. I arranged for a dress to be sent from another store just in time. She later dropped off a thank you note and a photo of her with her son at the graduation, both beaming. Every customer has a story and I’m motivated to make sure each and every one ends well. That’s why I was drawn to the customer service specialist role.”

Article written by Stav Ziv and published on themuse.com